VS-GWM801 series Analog Gateway Modules are upgraded versions of VS-GWM800 series (discontinued), and upgrade and optimize the hardware on the basis of retaining all its functions. The CPU is upgraded from single-core ARM to quad-core ARM with more powerful performance, and the FXS/FXO module is changed from the original 4-channel module to the dual-channel module with new chips for lower power consumption and more flexible configuration. 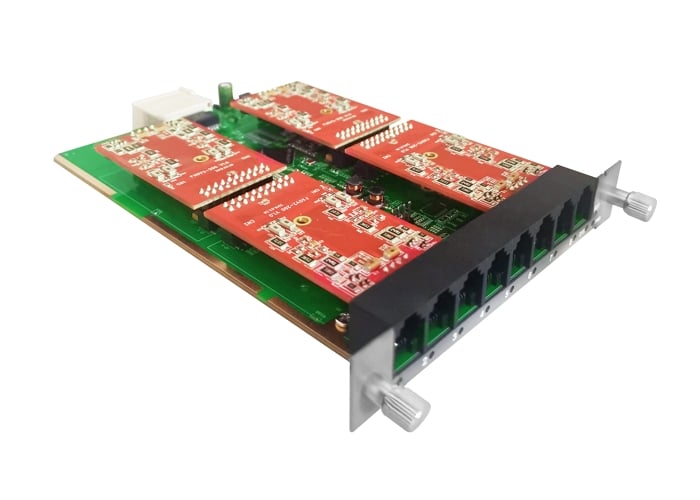 Also in the pipeline at this stage are the second generation iAG series Analog Gateways and the IX160/160P series IPPBX. The new iAG Analog Gateways will use a new generation of Analog Gateway Modules, each module supports 2O/2S/1O1S, which made gateways have more flexible port combinations. The new generation IX160 series IPPBX is an upgraded version of the IX140, adding support for I3 and I5 motherboards to provide more powerful performance. At the same time, the device will support the latest upgraded version of UPS, the updated RAID and redundant power supply, and the software will be compatible with the OpenVox self-developed UC system.

Become a Partner to OpenVox Your Business!Sign Up Now